We use cookies to collect and analyse information on our site's performance and to enable the site to function. Cookies also allow us and our partners to show you relevant ads when you visit our site and other 3rd party websites, including social networks. You can choose to allow all cookies by clicking ‘Allow all’ or manage them individually by clicking ‘Manage cookie preferences,’ where you will also find more information.

On your first visit to this site you were asked (by a notification banner) if you would like to accept the described uses of cookies and similar technologies. You can change your cookies settings at any time by visiting this page. We’d like to explain how we use these technologies.

To learn about what cookies and similar technologies are, we recommend that you visit the following third party website: www.allaboutcookies.org

Like many websites, we use cookies for a variety of purposes. Some cookies are necessary for the functionality of the site, others log data about your device hardware and your interaction with our site. It is our policy to use cookies and tracking technologies only with the consent of the users of the digital services we provide, except where the use of cookies or tracking technologies is strictly necessary for the use of a service.

These cookies are required for basic site functionality and are therefore always enabled. For instance when you exit our cookie banner a cookie is dropped on your device reminding your browser not to re-serve this pop-up box when you later visit this site.

Where you have permitted the use of performance cookies, we use a web analytics tool provided by Google to collect statistical information about how visitors use and interact with our site.

We use this aggregated statistical information to help improve the site, for instance by prioritizing updates of the most read content or the most used functionality. Google Analytics cookies may retain information for up to two years. For more information about Google Analytics services, please click here: https://developers.google.com/analytics/devguides/collection/analyticsjs/cookie-usage

If we are working on updates to our site, we occasionally display original content to some visitors and alternate content to other visitors to help us assess which version best optimizes user experience. When we do this, we drop a cookie on your device to remember which version of the page you were served.

We sometimes ask our visitors to complete optional surveys about our site or our goods and services. When we do this, we drop a cookie to remember not to send you the same survey again if you later re-visit our site.

At bp, we are ramping up our investment in renewable energy, driving our business forward and continuing our greening journey. 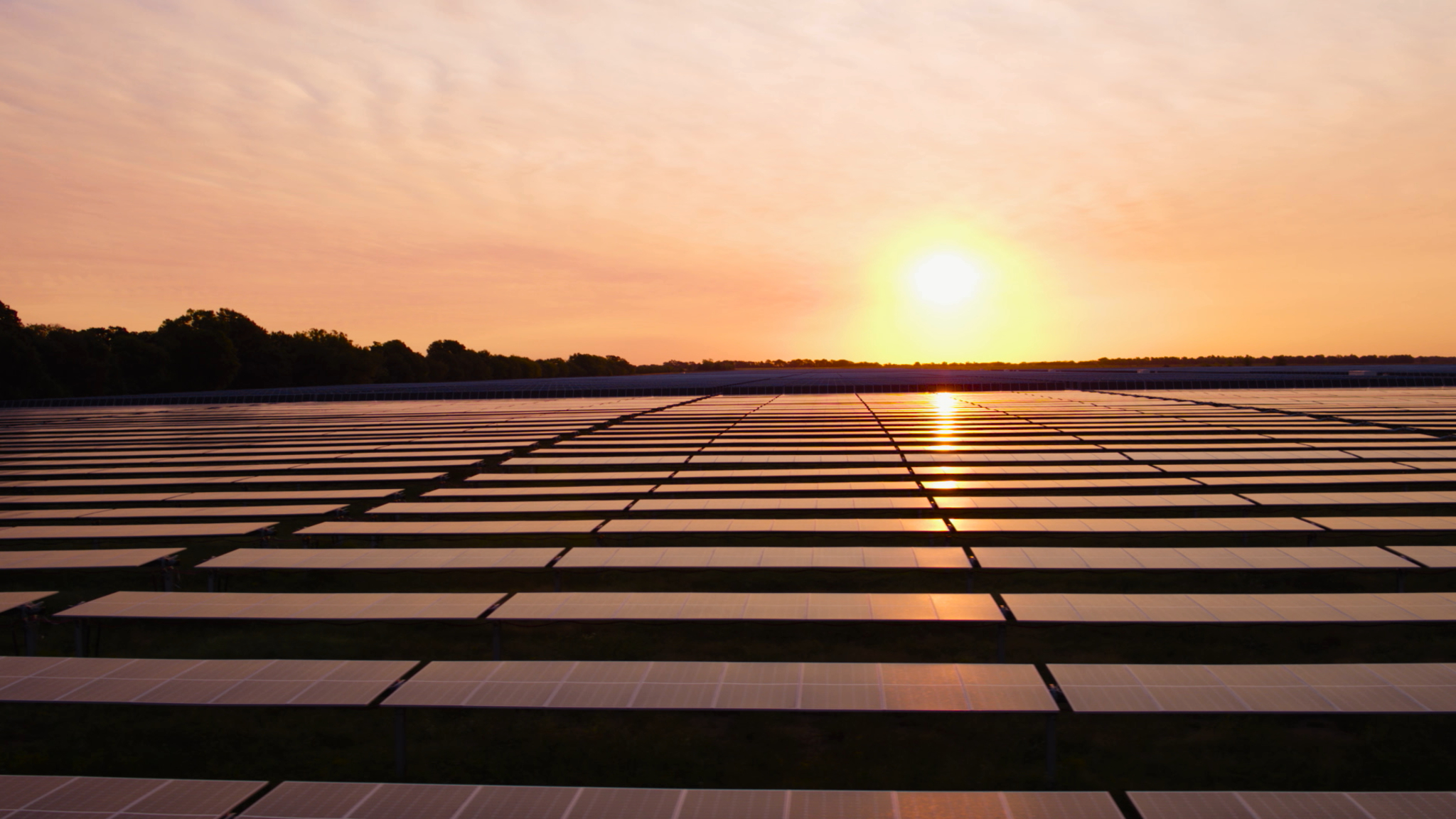 Since setting our net zero ambition, we’ve tripled our total potential wind capacity in the US and added 9 gigawatts (GW) of solar projects. Each new project meets our high expectations in energy efficiencies, is expected to generate returns of 8-10% and brings customers more options for reliable and affordable clean energy.

But this is only the beginning. At bp, we aim to grow our global renewable energy capacity by 50GW by 2030 and increase our low carbon investments 10-fold. Our workforce is critical to this mission, and each new project brings with it new jobs, additional training and support for businesses in the local community.

bp renewables in the US

2 GW of clean power generated from these assets, annually

As part of our plan to become an integrated energy company, bp combines its trading, mobility and customer expertise with Lightsource bp’s world-class solar project development experience and execution capabilities to deliver renewable power to our customers.

Solar energy represents America’s fastest-growing power source, accounting for more than 40% of all new electricity generating capacity. Analysts have projected that total US solar capacity will quadruple over the next 10 years.

Through our 50-50 joint venture Lightsource bp, we are advancing solar energy projects across the United States. Our partnership brings together Lightsource bp’s solar development and management expertise with bp’s scale, relationships and trading capabilities.

In addition to Lightsource bp’s portfolio of more than 8 gigawatts (GW) of projects in development, bp recently closed on a deal to purchase an additional 9GW of US solar development projects from 7X Energy for $220 million. This pipeline of projects will be wholly owned by bp, representing a significant step toward growing our global renewable generating capacity to 20GW by 2025 and 50GW by 2030.

Projects in the pipeline

The recently acquired 7X Energy projects are spread across 12 states, with the largest portfolios in Texas and the Midwest. Assets with a combined generating capacity of 2.2GW are expected to reach a final investment decision by 2025, with further projects progressing by 2030.

Once developed, these projects will have the capacity to generate enough energy to power around 1.7 million American homes. They are also expected to meet bp’s disciplined low carbon investment criteria — generating returns of at least 8–10% — and support thousands of jobs through construction.

The benefits of these projects are spread wider than just bp. They will create and support US jobs, deliver competitive returns for our shareholders and provide reliable, affordable and clean energy. It’s one of the many ways we’re in action to help the world reach net zero. 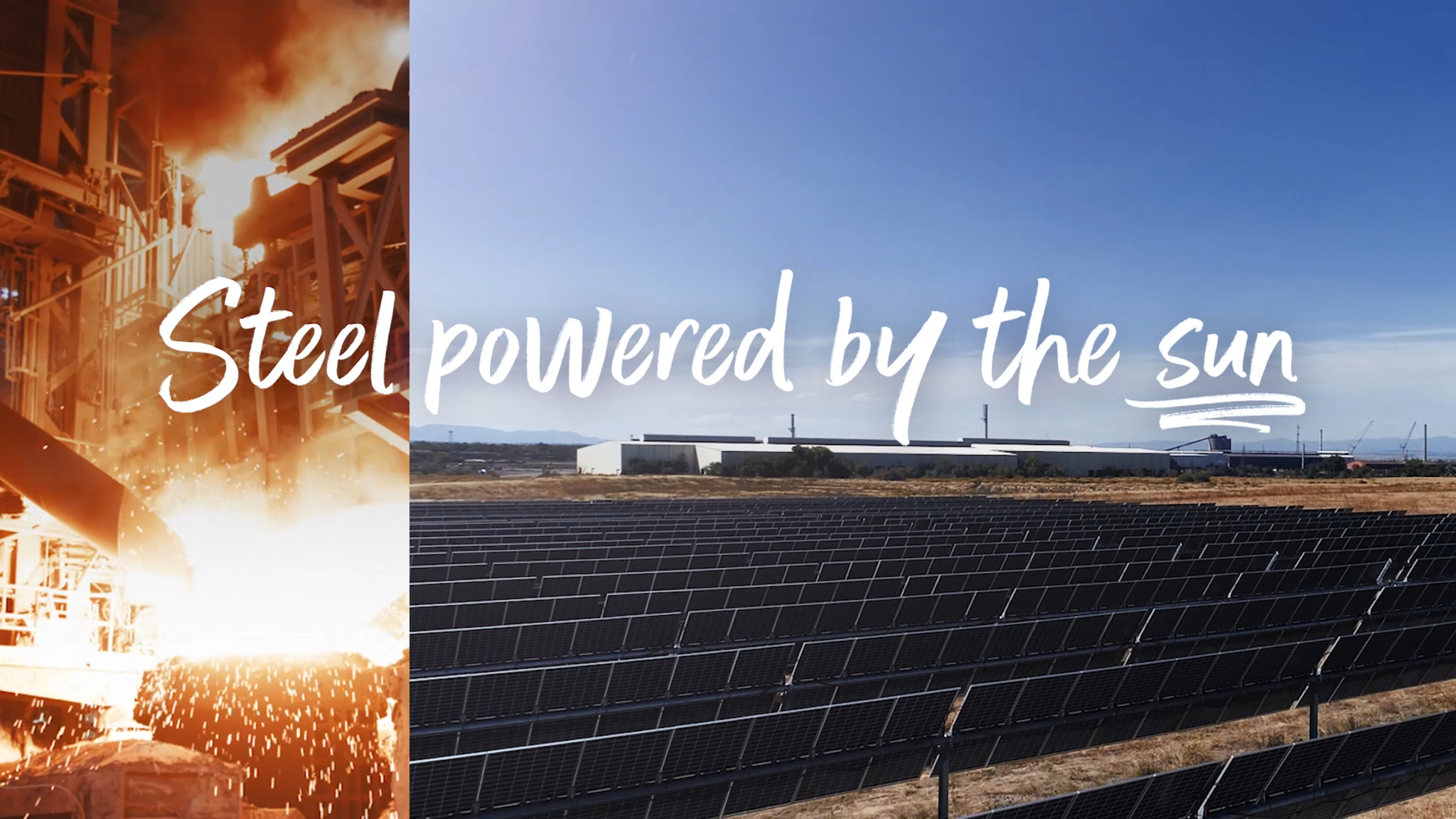 Lightsource bp, together with Xcel Energy and EVRAZ North America, celebrated the dedication of its new 300-megawatt Bighorn Solar project in October 2021. The solar project will help reduce emissions, abating 433,770 metric tons of carbon dioxide (CO₂) per year, the equivalent of taking 92,100 fuel-burning cars off the road – and support more than 1,000 jobs at EVRAZ’s Pueblo steel mill, the world’s first steel mill to be powered largely by solar energy.

The project is primarily located on 1,800 acres of land on EVRAZ Rocky Mountain Steel property in Pueblo. It is the largest on-site solar facility in the US dedicated to a single customer, with more than 750,000 solar panels providing nearly all the plant’s annual electricity demand. This will enable the mill to produce some of the world’s greenest steel and steel products. Already, the plant recycles scrap metal to produce new steel products, including some of the most sustainably made rail in the world.

A plant threatened with closure in a Colorado town is hiring again after switching to renewables.

In April 2021, Lightsource bp also signed a new power purchase agreement with Amazon for a 375MW solar project under development in northwestern Ohio. Once complete, the facility is expected to deliver nearly 600,000 megawatt hours of renewable energy for local Amazon operations every year, an amount comparable to the annual electricity consumption of 55,000 US homes. The project also is expected to save 423,700 metric tons of CO₂ per year.

Delivering solar power to the US

In addition to our growing renewables pipeline, Lightsource bp also has several projects fully operational across the country.

Its Impact Solar project — located about 120 miles northeast of Dallas, Texas — can generate 260MW while saving 318,000 metric tons of CO₂ per year, the equivalent of taking 69,000 fuel-burning cars off the road.

The majority of the energy generated by the Impact Solar project is contracted through a long-term agreement with bp to sell to our customers. The project represents an investment of $250 million in the Texas region, with over 300 workers on site during construction.

In Pennsylvania, a Lightsource bp project now meets 25% of Penn State University’s statewide electricity needs for its more than 100,000 students. It also supports the Pennsylvania Alternative Energy Portfolio Standard, which mandates that utilities derive a certain percentage of electricity from solar photovoltaics.

Based in south-central Pennsylvania, the Penn State project is composed of 150,000 solar panels installed across three sites and can generate 70MW while saving 57,000 metric tons of CO₂ per year. This development will enable the university to achieve its goal of a 35% greenhouse gas reduction by 2020, while saving $14 million on their electricity bills during the contract term and providing long-term budget certainty.

bp’s large and growing US wind energy business provides clean power, while developing and deploying new technologies to deliver that energy more efficiently. Rapidly growing our renewables business is core to our strategy: by 2030, we aim to have developed around 50GW of net renewable generating capacity globally, up from 3.3GW in 2020. The strategy also includes increasing bp’s annual low carbon investment ten-fold, to around $5 billion a year.

Our first US offshore wind project – undertaken with Equinor – is expected to have the potential to generate power for more than two million homes in New York.

Wind turbine seen through the grass at our Cedar Creek wind farm in Colorado. Together, 122 turbines can generate enough electricity to power approximately 65,000 homes.

Aerial shot of our Mehoopany wind farm in Pennsylvania. This 9,000-acre farm can generate enough electricity to power approximately 38,000 homes.

View of multiple turbines at our Goshen wind farm in Idaho, which can generate enough electricity to power approximately 33,00 homes.

A view of our expansive Fowler Ridge wind farm in Indiana. This sprawling 42,000-acre site can generate enough electricity to power approximately 160,000 homes.

Renewables are on the rise, and bp is nurturing a range of breakthrough technologies to help make our operations more efficient and affordable.

We currently operate nine onshore wind assets across six states — Colorado, Idaho, Indiana, Kansas, Pennsylvania and South Dakota — and hold an ownership interest in a tenth onshore asset, in Hawaii. Together, our US wind farms generate enough renewable electricity to power up to 450,000 homes a year.

In Indiana, bp already operates all three Fowler Ridge wind farms, which collectively have 355 turbines powering roughly 160,000 homes annually. In July 2020, we agreed to purchase the remaining 50% interest in our Fowler Ridge 1 wind farm from Dominion Fowler Ridge Wind, LLC, boosting our net US wind generating capacity by more than 15%, to 1,076 MW.

bp recycled the existing fiberglass blades and related equipment at Flat Ridge 1 to keep some 1.5 million pounds of fiberglass out of landfills.

At the forefront of new technology

In September 2020, we completed a major technology upgrade at our Flat Ridge 1 wind farm in south-central Kansas, replacing 19 existing turbine units with new Vestas turbines that are expected to deliver a 20–25% gain in energy production across the site.

This project is a significant step forward in our ongoing efforts to optimize and grow bp wind energy. bp has been in renewables for more than 20 years, and we believe it’s important to remain at the forefront of wind energy technology. This project supports that goal, as well as our broader ambition to become a net zero company by 2050 or sooner.

Additionally, the bp Wind Energy team continues to increase their partnership and projects with ONYX Insights – an industry leading predictive analytics provider and a wholly owned subsidiary of bp. By leveraging this technology, we can better understand the life span of turbine components at our wind farms, improve maintenance schedules, reduce costs and avoid breakdowns.

And we’re not just staying onshore. Our strategic partnership with Equinor will develop US offshore wind projects, starting with up to 4.4 GW across the Northeast coast – projects known as Empire Wind and Beacon Wind. The Empire Wind lease area sits 15–30 miles southeast of Long Island, New York, while Beacon Wind lies about 20 miles south of Nantucket, Massachusetts.

Equinor will remain operator of the Empire and Beacon projects in the development, construction and operations phases. bp will nominate the deputy project director for Empire Wind, and over time the wind assets will be staffed equally by bp and Equinor.

When fully developed, they will generate enough electricity to power more than 2 million homes. First power from Empire Wind 1 is expected in the mid-2020s. This is just the beginning of a partnership to pursue further growth in the US offshore wind market. 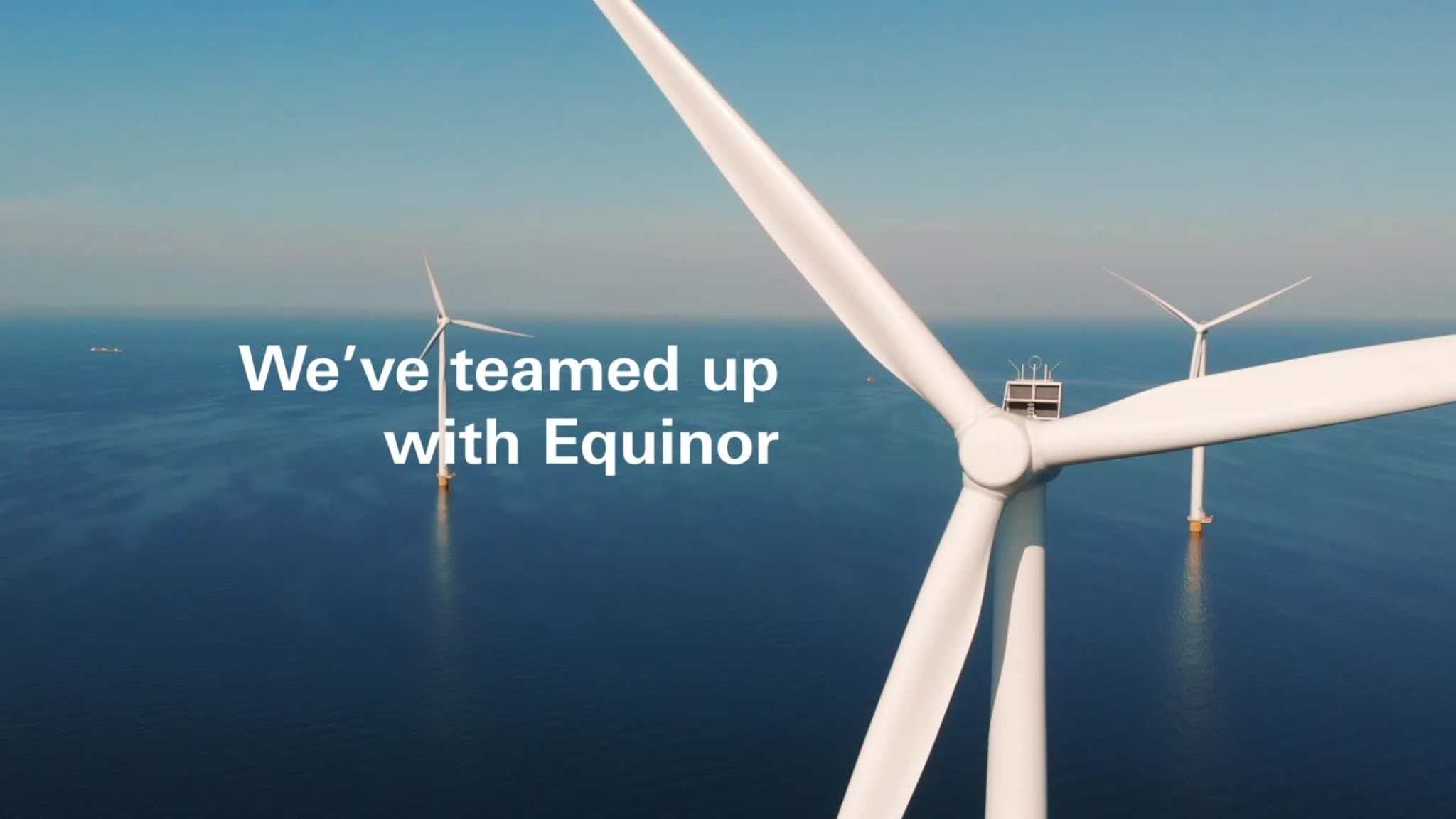 Share to Twitter, LinkedIn, or copy the URL.
Return to the Orb
Learn more about our Marketing, trading and shipping

Our low carbon innovations and products reach our customers through an extensive, integrated network, delivering energy across America.